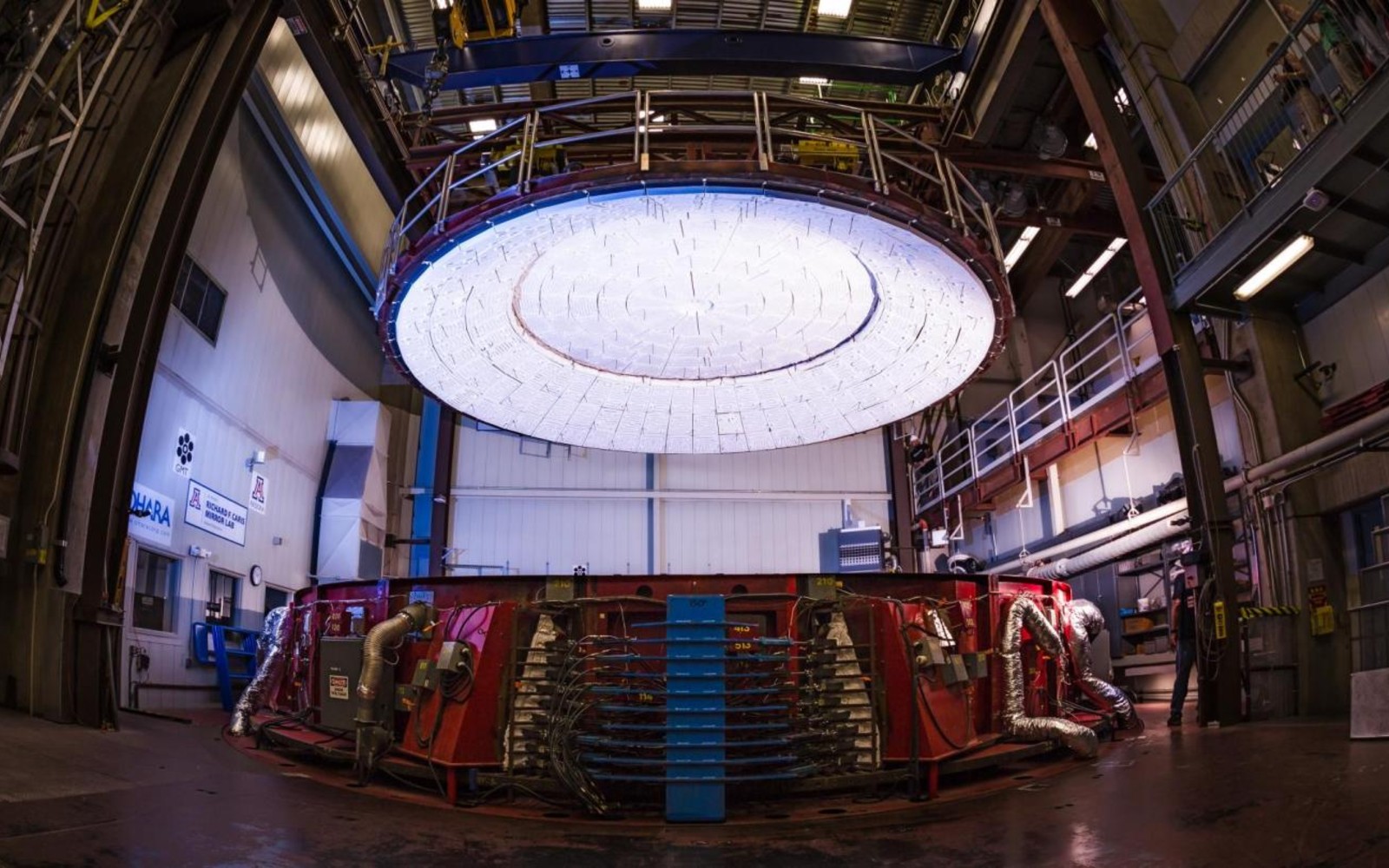 This week, the University of Arizona's Steward Observatory Mirror Lab began work on the sixth of seven primary mirror segments for the Giant Magellan Telescope (GMT). On March 1st, the lab started heating its one-of-a-kind glass furnace to a temperature of 1,165 degrees Celsius. That in itself was a major milestone in a manufacturing process known as spin-casting. It took about four months to make the mold and another nine hours to cover it in nearly 90 tons of rare borosilicate glass.

On Friday, the furnace started to spin at about five revolutions per minute. The combination of heat and motion will force the glass up the mold's sides as it melts, causing it to form a curved surface. Once the 8.4-meter mirror is cast over the weekend, it will enter a month-long “annealing” process that will see the furnace slowly come to a stop while the glass cools. That's done so that the mirror cools uniformly, making the final product tough and free of as many imperfections as possible. It will take another month-and-a-half for it to cool to room temperature. It's at that point that the lengthy process of polishing it can begin.

Manufacturing a single glass segment takes about four years to complete. In 2019, the university finished work on GMT's second mirror. That one is now in storage, waiting to be transported to Chile. While the project broke ground in 2015, it won't be complete until later in the decade. But once it is done, the GMT will be able to capture images that are 10 times clearer than those produced by the Hubble Space Telescope.

The world’s largest telescope is edging closer to completion