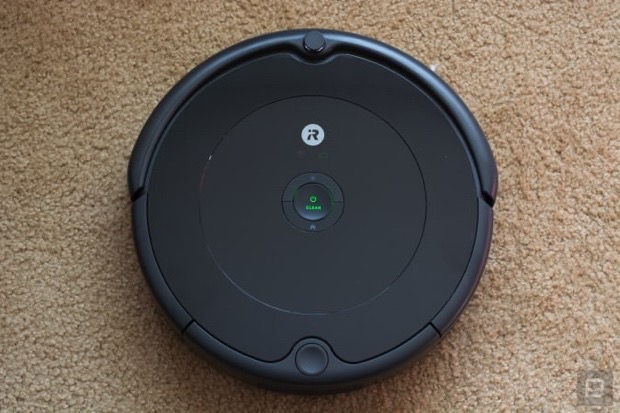 I bought my first Roomba more than a decade ago. Unfortunately, cheap robovacs back then didn’t have much in the way of intelligence or suction power, so it was mostly a curiosity that would bump around my apartment for a while before I followed up with a real vacuum. Whether you’re like me, or you’ve never had one, then you’re probably wondering if current models can do any better, and according to Valentina Palladino, the answer is yes.

As she explains, “If you’re someone who wants to spend as little time as possible cleaning your home — or just someone who detests vacuuming — then a semi-autonomous robot is a great investment.” She reviewed several options that are available for under $300 and picked out a few that are worthy of slinking under your couch or into dusty corners.

The streams cut out before anyone could finish the four-hour movie.

The Snyder edition of Justice League accidentally appeared ahead of its expected premiere later this month. Late yesterday, some HBO Max subscribers who tried to watch Tom & Jerry had a chance to get the 4:3 aspect ratio superhero flick instead. WarnerMedia confirmed the leak and was able to cut the streams before anyone could watch the whole movie. Continue reading.

Tesla is building a 100MW energy storage project in Texas

The installation will be able to power 20,000 homes when complete.

Tesla’s latest big energy storage facility will be in Angleton, Texas, according to Bloomberg. A company subsidiary, Gambit Energy Storage, is installing enough of the company’s modular Megapacks to power approximately 20,000 homes. The Electric Reliability Council of Texas (ERCOT) reportedly said the site could begin operating as soon as the start of June. Timing is everything: Last month, unprecedented winter weather left much of Texas without electricity. Continue reading.

Gatorade made a sweat patch to track your perspiration

Just what can your perspiration tell you?

We get sent the occasional random product that barely ties together tech with a huge consumer product or brand. Like the Pringle’s gaming headset, which feeds you. Most were never meant for the public, perhaps thankfully.

Some are actual real products, though, like Gatorade’s new Gx Sweat Patch. At least there’s a legitimate connection between a sports drink and a sweat patch, right? The patches come in packs of two for $25, available to buy online, and you scan them for results using the iPhone app (sorry, no Android version yet). Those results give some insight into exactly what you’re sweating out and try to tie that information to hydration and nutritional advice to improve your workouts and recovery. Reviews Editor Cherlynn Low strapped one on and tried to get her sweat on. Continue reading.

Expect to see the laptops next month.

According to a report from WinFuture, Microsoft will release the Surface Laptop 4 later this spring, and you’ll have AMD and Intel processor options in both 13.5-inch and 15-inch sizes.

The company will reportedly offer “Surface Edition” variants of the Ryzen 5 4680U and Ryzen 7 4980U. That’s an improvement on the 3580U and 3780U options for the Surface Laptop 3 but a step below the 5000 series chips AMD announced at the start of the year. Continue reading.

It has a homescreen, player controls and more.

When you cast from the YouTube app to a Chromecast-connected TV, it’s a pretty minimalistic experience, with your TV showing only basic details like the channel name, view count, date and time. With a new interface on your TV, however, casting YouTube will reportedly be more akin to using Android TV, with settings like resolution, captions and subtitles. Continue reading.

Kia shows off the EV6, the first vehicle based on its new electric platform

The Morning After: Testing the best budget robot vacuums