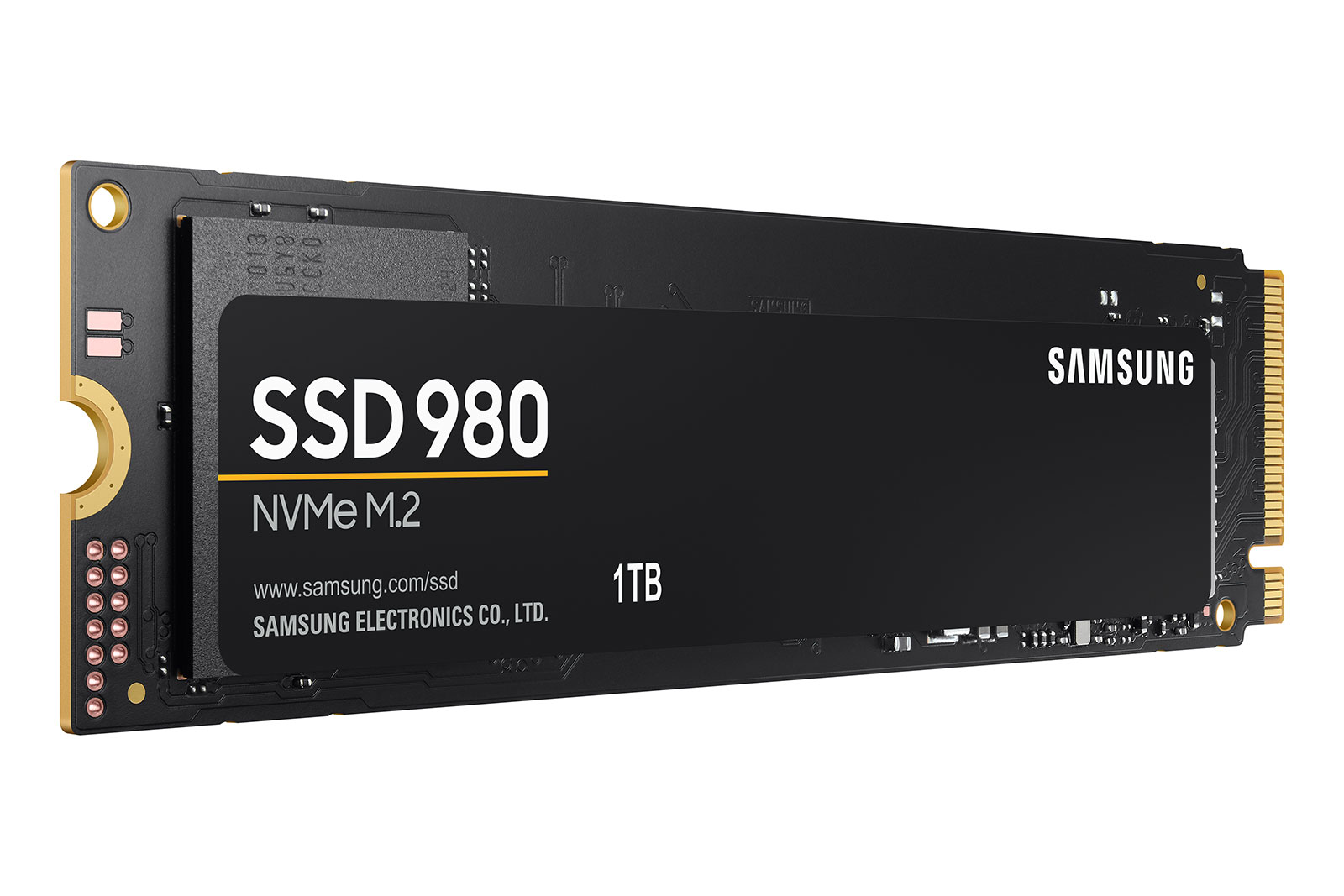 Samsung has finally introduced a 980 SSD that isn't part of the high-priced Pro line, and it's mostly good news for performance-minded PC users — with a caveat. The company's new base level 980 NVMe drive is billed as a significant upgrade over the long-serving 970 Evo with similar sequential read speeds (up to 3,500MB/s), but faster writes (up to 3,000MB/s versus 2,500MB/s), and more sustained performance through a larger buffer. It even promises 36 percent lower power consumption, 54 percent greater power efficiency and improved cooling that should prevent overheating. It may be a better fit for laptops as a result.

However, Samsung is also ditching built-in DRAM on the plain 980, joining the ranks of lower-cost SSDs. It's promising speeds “identical” to faster DRAM-equipped drives in part by using Host Memory Buffer technology to directly access system RAM, but it's clear this is a tradeoff to keep prices down and compete with lower-end SSDs.