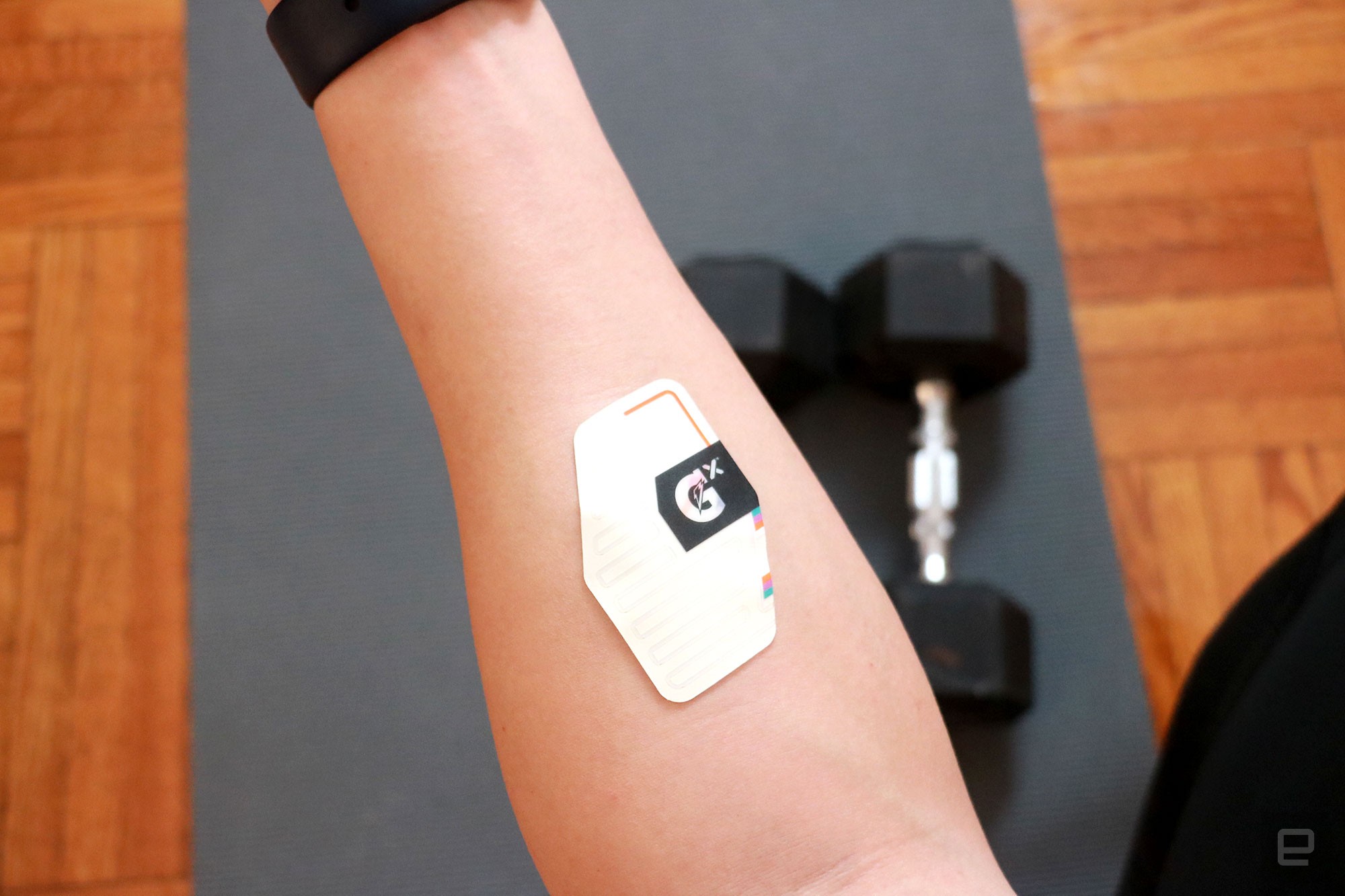 You sweat, I sweat, everybody sweats. But everyone perspires differently — whether it’s the amount you produce or what comes out of your glands. The composition of your sweat can tell you a lot about what your body needs to recover after a workout. That’s the idea behind Gatorade’s new Gx Sweat Patch anyway. The patches come in packs of two for $25, and you scan them for results using the iPhone app (sorry Android athletes).

I never thought about whether I sweat differently from other people until I started testing out Gatorade’s patch. My first test with a patch failed after a 1.5 hour-long gym session involving a mix of cardio and weight training yielded insufficient moisture for a reading. That led me to look into how the rate of perspiration might differ across people, environments and activity types.

In general, men sweat more than women do. And when you’re in a warmer climate or location (like a hot yoga studio for example), you also sweat more. Unfortunately, Gatorade released this in the winter and I’m a woman who doesn’t sweat much. I shvitz. That made working out enough for the patch to register anything a lot more difficult than usual.

When you slap on a patch (after first cleaning and drying your skin), it will route your sweat through an embedded dye pack. As you perspire, the transparent zig-zagging lines will fill with orange and purple liquid, representing your fluid and sodium levels respectively. After you’re done working out, scan the patch with the iPhone app and it’ll generate a sweat profile and give you insights and tips on how to improve your recovery. This all sounded simple at first, until I realized that it takes a lot of effort for anything to register.

After cranking up the temperature in my apartment and pushing myself hard for about an hour, I finally got a tiny bit of orange dye to flow through my second patch. I took a picture of it with my iPhone, making sure to line the patch up with the outline in the app, and waited about sixty seconds for the system to analyze my data. I also agreed to let Gatorade access my Apple Health and Fitness info to more quickly pull my workout metrics. Then, I had to answer a survey about the duration of each session, whether it was indoors or outdoors and the temperature of my surroundings.

After all that, Gatorade had a few more questions, asking me for my weight, my “biological sex,” how hard the workout felt and how much fluid I drank during the exercise (none). Finally, I was given my “sweat profile,” saying I experienced low fluid loss of between 12 and 18 ounces, which was categorized as “low risk.” It also calculated my sweat rate to be about 462 milliliters per hour and that I lost zero milligrams of sodium per liter of sweat, which it rated as low.

When I was done reading my sweat profile, the app asked if I wanted to set a weekly goal for my fitness plan. It tracks three things to come up with a target score — nutrition, recovery and training load. Nutrition counts the number of times you mark a recommended meal or drink as complete, while Recovery calculates the amount of sleep you need to get based on your workouts. Training load, meanwhile, is the “strenuousness of your workouts” and is evaluated by the duration and intensity of your activity. My weekly target was set at 70, which is vague as the app doesn’t say if that’s on a scale of 100 or if it’s relatively intense or light. Since I’ve only had a few days to test these patches (with one of them yielding no result), I can’t track my progress yet.

With the patches I have scanned so far though, I feel slightly more informed about how to better prepare for my next workout. Gatorade recommended I drink 4 ounces of water (half a cup) before I take on another HIIT session, and that I should try to consume 20 grams of protein within a few hours after. Tapping on each recommendation gave me more detail, like what 20 grams of protein actually means in understandable terms (i.e. a cup of scrambled eggs or a hamburger patty). The guidance isn’t groundbreaking, and though it’s good to have a handy reference, this information will likely get repetitive over time and become redundant in the long run.

Unfortunately, there are a lot of stipulations to be aware of. First — if you don’t think you’ll be sweating much or if you’re going swimming, this probably won’t work. Also, you have to stick the patch on your left inner forearm, two to three inches away from your elbow — nowhere else. According to Gatorade, its algorithms were based on the patch being worn in this one location because it relies on a “local to whole body ratio.” If worn anywhere else, or in the wrong direction (with the logo flipped upside down for example), the patch won’t give valid results.

That’s just frustrating. For many people, the inner forearm is one of the driest parts of the body. I sweat more on my back, neck and face. It’s not just me, either — our video producer Brian Oh tested the patch through a few grueling sessions of HIIT lasting about an hour in total. Only near the end of his workout did he start to see the sweat indicator appear, by which point his face, chest and back were drenched. Basically, unless you’re in danger of drowning in your own sweat, this might not give you any usable results.

You’ll also need to be working out in a temperature range of 46 to 99 degrees Fahrenheit (or 7.7 to 35 degrees Celsius). So running in cold wintry weather won’t net you any data either. Then there are the smaller gripes. If you bend your left arm a lot, say by doing a bunch of curls or pushups, the patch can feel like it’s coming off. It stayed put in my testing, but its corners peeled slightly. Also, the app can be finicky when scanning a patch, especially if you haven’t sweat a lot. Oh and some marks and a bit of orange dye remain on your skin after, which isn’t a huge deal since it goes away after a few washes but is still worth noting.

I also can’t shake the feeling that this is all a way for Gatorade to sell you its products. To its credit, the company doesn’t push ads or place its various sports drinks front and center in its recommendations. The first things you’ll see when looking at the suggested options for rehydration or nutrition are generic items like “apple juice” or “water.” But scroll a little bit lower and you’ll see Gatorade’s own protein drinks or bottled beverages. There are also products from competing brands too though, like Evolve and Muscle Milk.

Since it’s already charging you plenty for these sweat patches, I’m relieved to see that Gatorade isn’t being too pushy about making you buy more of its stuff. At $25 a pair, the Gx sweat patch is too expensive for the average fitness hobbyist, especially since it’s not suitable for all but the most intense workouts. I might use it in a hot yoga session or the odd game of basketball, but not if they cost $12.50 a patch. Plus, I could get similar information for free by doing some research myself. Gatorade’s sweat patch is an interesting idea but needs to be a lot cheaper and work on more scenarios to be useful to most people.”,

Gatorade made a sweat patch to track your perspiration