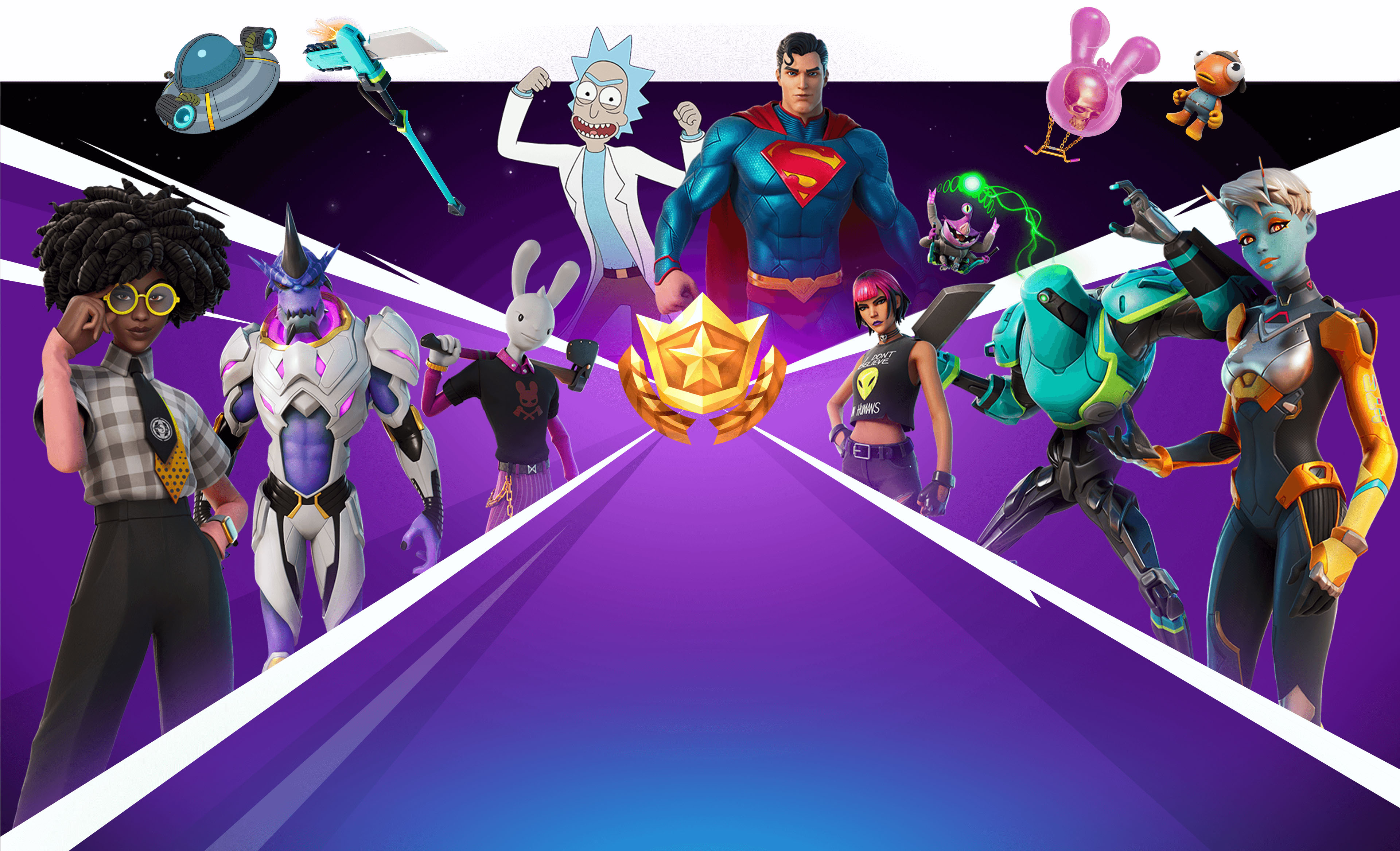 Fortnite‘s 7th season of chapter 2 is now live with the ability to play as Superman or Rick & Morty’s Rick Sanchez and fly in a UFO. The latest chapter also comes with a revamped Battle Pass system that uses battle stars, reducing the level grind and making individual items easier to nab.

The story trailer shows Fortnite’s denizens reacting to the arrival of a huge UFO that hovers ominously over the island and consumes the Zero Point energy source. That in turn destroys the spire and primal ruins, effectively wiping out the remains of season 6.

Instead, we see a mysterious character called the Foundation, rumored to be voiced by The Rock. Then, Agent Jonesy’s former boss Doctor Sloane appears, calling on the island’s inhabitants to take on the alien invaders. “We now stand at the brink of war with an enemy we do not understand,” she intones.

Other new headline characters include horror bunny Guggimon, along with the aforementioned Dr. Sloan and plenty of alien characters. One, called Kymera, can be customized with “different head shapes, eye colors, skin patterns and more,” Epic notes. You’ll also get new sci-fi weapons including a rail gun, flexible pulse rifle and more.