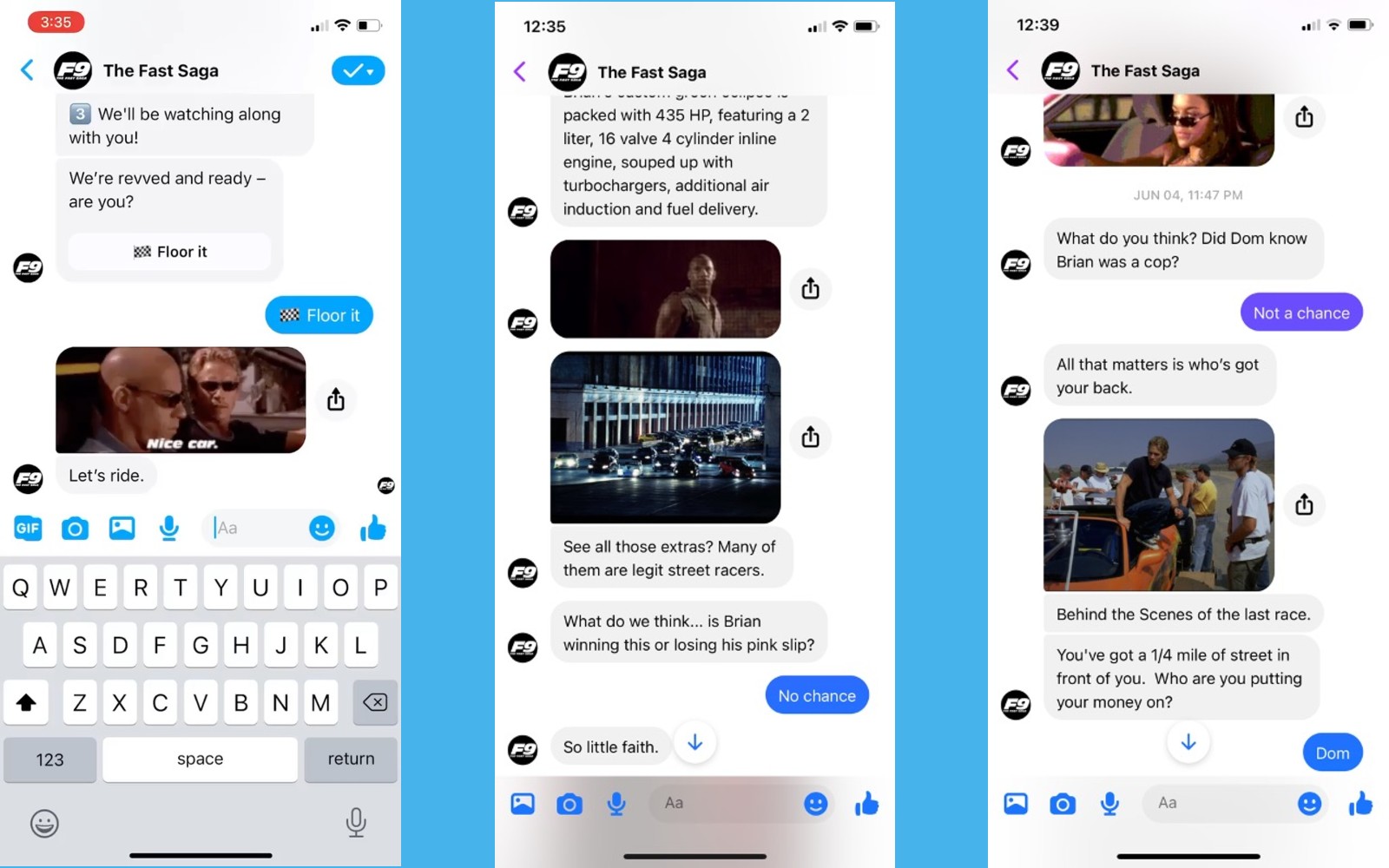 With Fast & Furious 9 coming out on June 25th, Facebook and Universal Pictures are releasing a new second-screen experience called Movie Mate to give both longtime fans and newcomers a new way to experience the series.

As you stream the previous eight films in the franchise, the Facebook Messenger chatbot will chime in to share images and clips, as well as facts about their production. As you can see in one of the screenshots, it can go into a lot of detail, especially when cars are involved. You can access the chatbot by visiting the Fast & Furious Facebook page and tapping the Messenger icon. When you first launch the chatbot, it will ask you about your familiarity with the franchise to tailor the experience.

Citing Nielsen’s Annual Internet Trend Report, Facebook and Universal say they’re releasing Movie Mate because most Americans already use a second device while at the TV to look up information on the show or movie they’re watching. Of course, second-screen experiences aren’t anything new. Remember IntoNow and ZeeBox? However, the fact that Movie Mate lives inside of Messenger, a platform that has had more than 1 billion users since 2016, should give it more staying power than your average experiment of this type.

Source: .” Facebook's Movie Mate chatbot is a second-screen experience for the 'Fast' movies”. Retrieved From https://www.engadget.com/facebook-messenger-movie-mate-fast-franchise-214110921.html?src=rss_b2c