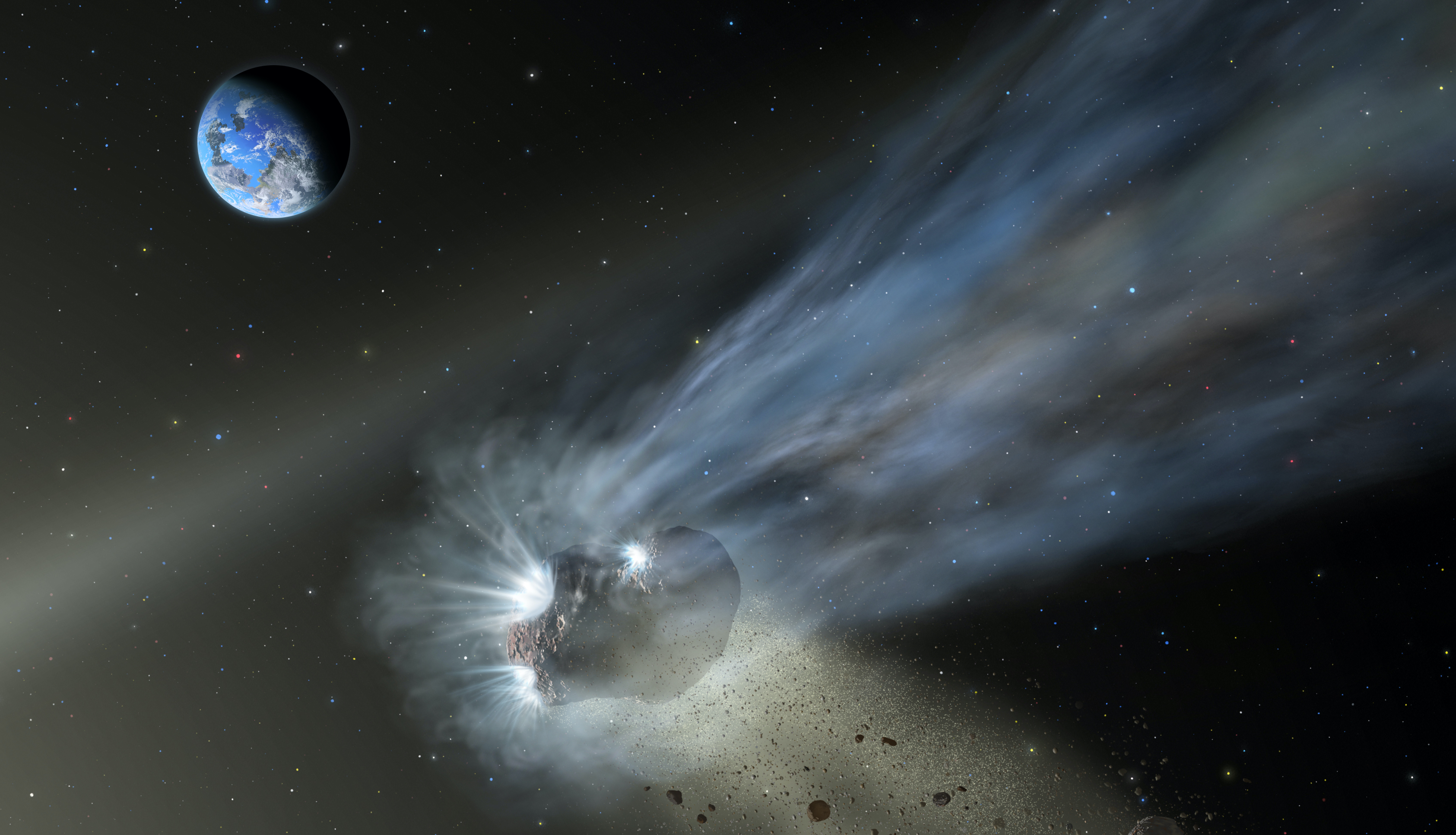 NASA's airborne telescope has made another major discovery just months after it confirmed the presence of water on the Moon's sunlit surfaces. SOFIA's latest find relates to the essence left by an icy comet that zipped past Earth in 2016 from its origins on the outskirts of our solar system. Using one of its infrared instruments, the telescope was able to detect carbon — a key ingredient of life — in the dusty glow of Comet Catalina's tail.

The celestial visitor, which was briefly visible to stargazers before it slingshot past the Sun and out of view, is now helping scientists to unlock the mysteries of our own origins. NASA says comets like it could have delivered carbon to planets during the early formation of our solar system, when the Earth may have struggled to capture enough of the life-giving element on its own due to the carbon-depleting effects of primordial heat.

By comparison, cooler gas giants like Jupiter and Neptune may have been able to support carbon in the outer solar system. What's more, Jupiter's jumbo size may have acted as a gravitational barrier, preventing carbon from mixing back in the inner solar system where terrestrial planets like Earth are located, according to the space agency.

“Carbon is key to learning about the origins of life,” said Charles “Chick” Woodward, an astrophysicist and professor at the University of Minnesota’s Minnesota Institute of Astrophysics, in Minneapolis. “We’re still not sure if Earth could have trapped enough carbon on its own during its formation, so carbon-rich comets could have been an important source delivering this essential element that led to life as we know it.”

Comet Catalina originated from the Oort Cloud at the farthest reaches of our solar system. Due to their long orbits, these types of cosmic snowballs arrive on our doorstep practically unaltered, or “frozen in time,” giving researchers a rare shot at learning about the early solar system.

“All terrestrial worlds are subject to impacts by comets and other small bodies, which carry carbon and other elements,” said Woodward. “We are getting closer to understanding exactly how these impacts on early planets may have catalyzed life.”

NASA adds that it needs to snap more comets to confirm if there are more carbon-rich comets in the Oort Cloud to further support its theory. SOFIA, which stands for Stratospheric Observatory for Infrared Astronomy, is an airborne observatory in a Boeing 747SP. The plane flies the 100 inch (2.5 meter) telescope 45,000 feet into the atmosphere where it conducts surveys in the far infrared band of the electromagnetic spectrum. New results from SOFIA, a joint project of NASA and the German Aerospace Center, were recently published in the Planetary Science Journal.

Comets may have seeded Earth with life-supporting carbon