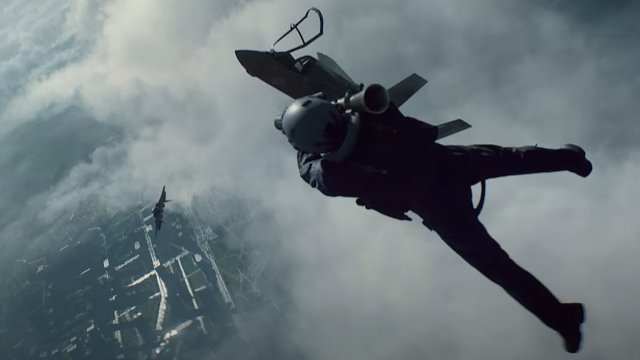 It’s official: Battlefield 2042 is the next entry in DICE’s long-running first-person shooter franchise. And with today’s reveal, publisher EA shared an action-packed trailer showing off what players can expect from Battlefield’s next outing.

It’s all pretty standard action fare until about two minutes into the clip when we see an ATV take out a helicopter. That sets the stage for the scene that follows. Starting at the three-minute mark, we see two jets chasing after one another. However, instead of playing out like your typical dogfight, the pilot of the lead plane pulls the nose of their jet up and ejects from the craft to take out their pursuer with a rocket launcher. They then grab the edge of the cockpit to get back in and on their way.

The staging of the scene is an homage to Stun_gravy, the creator of one of the most popular Battlefield-related videos you can find on YouTube and the person most closely associated with the RendeZook, the maneuver that’s on display in the trailer. The RendeZook calls back to the first game in the series, 2002’s Battlefield 1942. In that title, one of the most impressive aerial feats players could pull off was to eject from their plane after committing to a loop, take out their opponent with a bazooka and then get back in just as their ride levels out. Since jets make pulling off a loop a lot more difficult if you’re not there to control the craft, the RendeZook has become the gold standard in the Battlefield games that take place in a modern setting.

And that is the Battlefield 2042 trailer in a nutshell. It celebrates what developer DICE has come to call “Only in Battlefield” moments. They’re feats like the RendeZook that reward player creativity and a big part of why so many people love this series so much and keep coming back to it year after year.