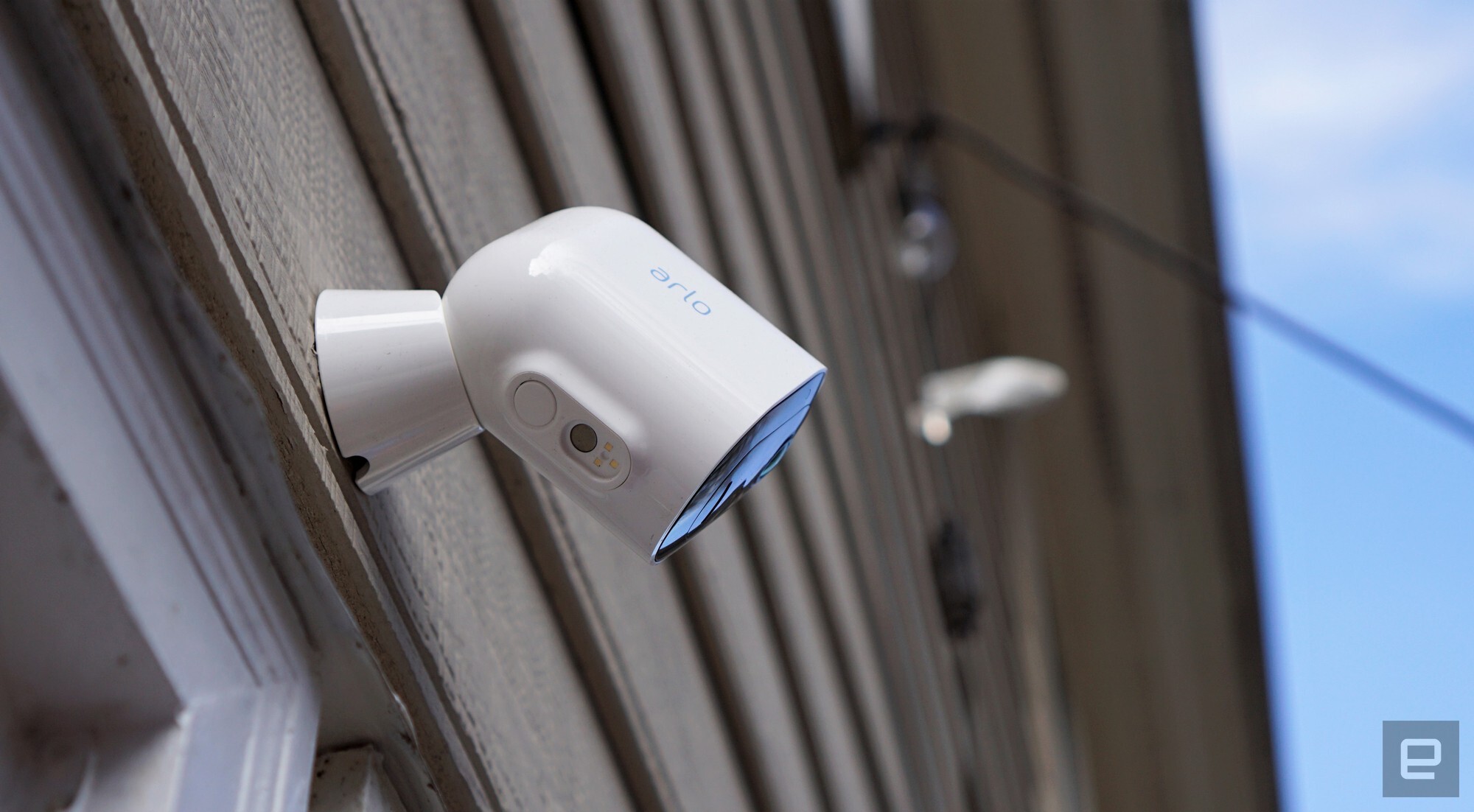 Soon after moving to a house in the Atlanta metro area last year, I knew I needed a video doorbell. UPS and FedEx would often drop boxes off and never alert me (not great when package thieves are everywhere!). Plus, sales people had the gall to ring my doorbell, unmasked and oblivious to the global pandemic. And if I was playing with my toddler in the backyard or working in the basement, I had trouble hearing if someone was at my door. A video doorbell would solve all of those issues, and give my family a little peace of mind to boot.

Then I realized how useful it would be to have cameras all over the house. One by the basement door would be great for keeping track of potential intruders and wildlife. It would be a huge help to have a camera on our deck to watch my toddler play. Another in our yard would be useful for whenever we hear strange noises at night, or just to keep an eye on things when we occasionally leave the neighborhood.

After weighing a few options, I quickly ruled out Amazon's Ring cameras, due to the bevy of privacy issues surrounding them. That technically would have been the easiest option, since we already use the Ring Alarm security system (which doesn't share data with police and narc on our neighbors). But in the interest of better privacy, we went for Arlo's family of cameras. The Arlo Essential Video Doorbell ($200) is far sleeker than most other competitors, offers 1080p video with HDR, and has the nifty ability to ring our phones as soon as someone hits the doorbell button. I also picked up a pair of Arlo Pro 3 cameras and a base station that were on sale.

Here’s a thing they don't tell you about doorbells: They require a small transformer, which keeps the voltage just right for them to function. Why am I talking about these obscure devices? They turned out to be pretty crucial in my video doorbell journey. Installing the Arlo video doorbell itself was a relatively painless process, which involved wiring a small device to our chime box, unscrewing the old doorbell, adding a mounting bracket, and connecting the Arlo. But once everything was put together, the LEDs around its main button glowed amber, an indication that there was some sort of power issue.

After a bit of research, we realized that our existing doorbell transformer topped out at 12 volts, while the Arlo (and pretty much every other competitor) demands at least 16 volts. It took around 10 minutes to find a $25 upgrade on Amazon, but then came the task of finding our existing transformer. The trouble was it could be anywhere — there's no standardized location, it's entirely up to whoever built your home. We checked in our front coat closet, in our garage and by our electrical panel.

At last, my wife and I finally found it nestled behind the doorbell chime box, something we could only see by removing that box entirely from the wall. Once we re-wired the new transformer, the Arlo Video Doorbell's LED switched to a healthy white glow. Success! Now, whenever anyone hits the Arlo Doorbell button, the mechanical bell rings and my wife and I instantly receive phone calls to chat with whoever is at the door.

After that installation fiasco, we were dreading dealing with more camera hardware. But it turns out, the Arlo Pro 3's were painless to set up. We connected the base station to our router, installed the two included mounts by our basement door and deck, and magnetically snapped on the cameras. The mounts offer plenty of room to adjust the cameras, so we were able to find the ideal angles for our space without much trouble. The cameras themselves feel sleek and sturdy, and I appreciate that they're completely wire-free.

We subscribed to the $10 monthly Arlo Smart Premier plan, which includes 2K video uploads, 30 days of backups and the ability to designate specific activity zones for motion alerts for up to 5 cameras. I grew to appreciate the package alerts, which does a relatively solid job of telling me when UPS drops off a box, as well as the animal alerts, which help us keep an eye on the critters around our home.

Because of those alerts, we learned that there's a raccoon that loves to stop by our deck a few times a month to search for food. After seeing how much it enjoys hanging out in my daughter's playhouse, we also make sure to wash that out more regularly. On a few lucky occasions, we've also seen deer frolicking along our front yard. Thankfully, we haven't had any major security situations, but it was still nice to make sure nobody was hovering around the house during our occasional hiking trips.

Arlo's app makes it easy to see our library of video alerts, which we can also save to our phones for offline viewing. I was pleased to find that the Arlo Pro 3 cameras had Apple HomeKit support, which allowed us to connect them to all of our Apple hardware. That includes the Apple TV 4K — all we need to do is ask Siri to show the basement doors or deck, and the live video feed appears in a picture-in-picture window. The Arlo Video Doorbell just recently got HomeKit support as well, though I haven't had a chance to test that out.

For the most part, Arlo's suite of cameras lived up to my dreams of cloud-connected home surveillance. There are still some annoying issues though. Sometimes it takes up to 20 seconds to get to see a live feed of the Video Doorbell. That's especially annoying if you're quickly trying to see who, exactly, rang the bell. Occasionally, the motion detection would go haywire, leading to unnecessary alerts about movement on my deck. (We could usually trace those to tree shadows and toys shifting slightly.) And while 30 days of cloud video storage is nice, it'd be nice to have the option for even more.

The one major downside with Arlo's hardware is that much of the equipment is expensive, especially when compared to cheaper offerings from Eufy and others that don't require monthly plans for cloud storage. But, based on my experience, you get what you pay for. Once I add a few more cameras, I'll have a nearly 360-degree view of what's happening around my home. And that's going to go a long way towards calming my anxious pandemic dad brain.