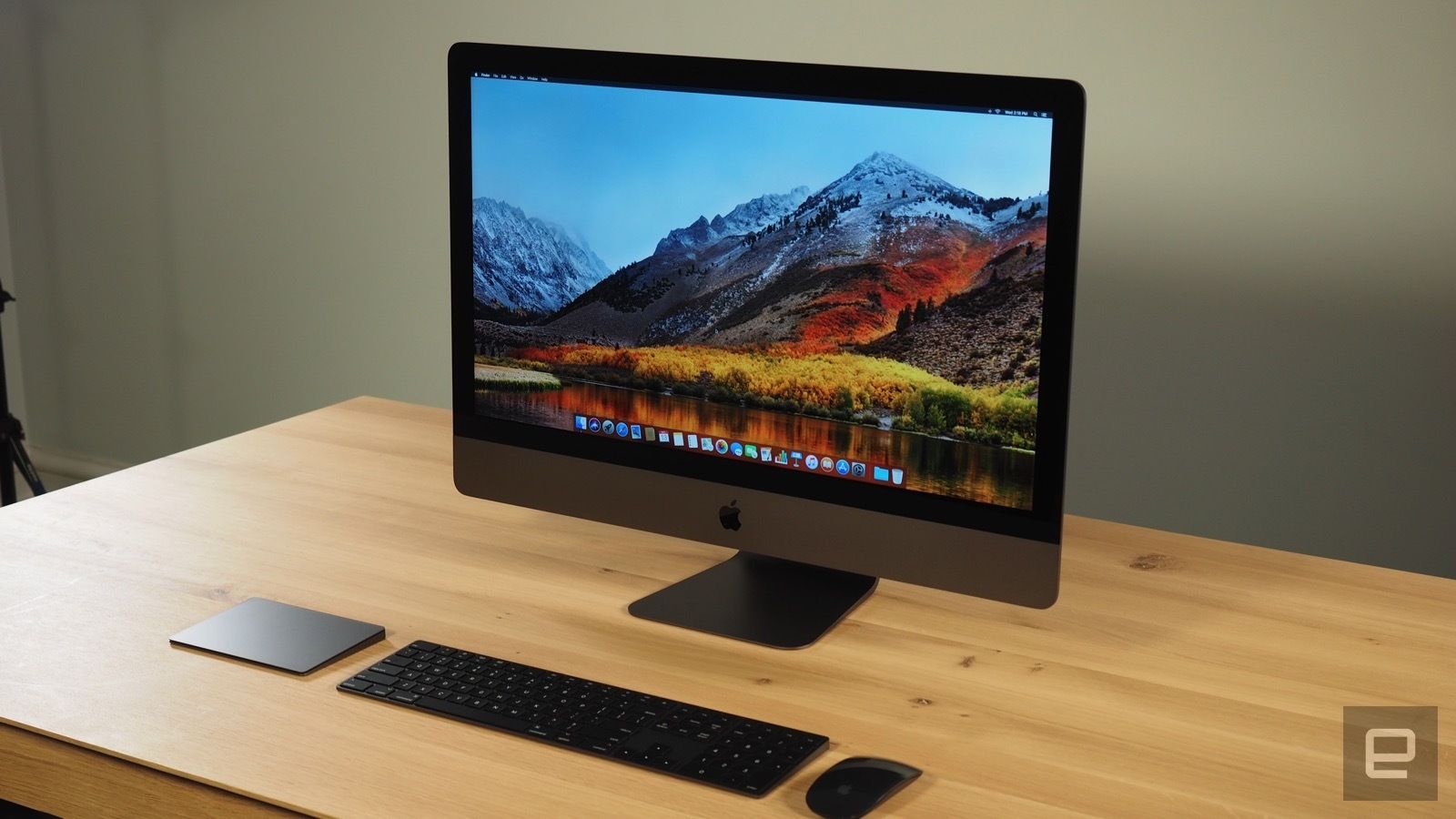 If you were hoping to buy an iMac Pro for some serious work, you'd better act quickly. 9to5Mac reports (and Apple has confirmed to Engadget) that Apple is winding down sales of its all-in-one workstation. You can still buy one, but it's limited to the base 10-core Xeon configuration and only available “while supplies last.” You'll have to be patient, too, as orders are taking three to four weeks as we write this.

Apple told Engadget that most pro customers would likely be satisfied by the high-end 2020 iMac, which made SSDs standard and includes more recent graphics, up to 128GB of RAM and the option of a glare-reducing nano texture display finish. Customers who need more can always buy a Mac Pro tower, the company added.

It's not clear if or when there will be a replacement, but we wouldn't count on it. The iMac Pro was introduced in late 2017 as an effective stopgap system while high-end customers waited for a redesigned Mac Pro. While Apple did bump up the base spec from an eight-core CPU to 10, it never updated the hardware beyond that — however much Intel's sluggish Xeon update schedule played a role, it was also evident Apple threw most of its weight behind the Mac Pro. This iMac was mostly useful for pro users who needed a relatively easy-to-transport machine for tasks like on-set photo and video editing.

As it stands, the iMac Pro faced an uncertain future. Apple's transition to in-house silicon was bound to prompt a rethink of the company's pro system strategy. Rumors have swirled of future iMacs with up to 16 high-speed cores, not to mention a mini Mac Pro desktop. If true, there wouldn't be much point to a new iMac Pro when other systems could do the job at least as well. Don't mourn the iMac Pro too much, then, as its successors may be more than capable of filling the gap.