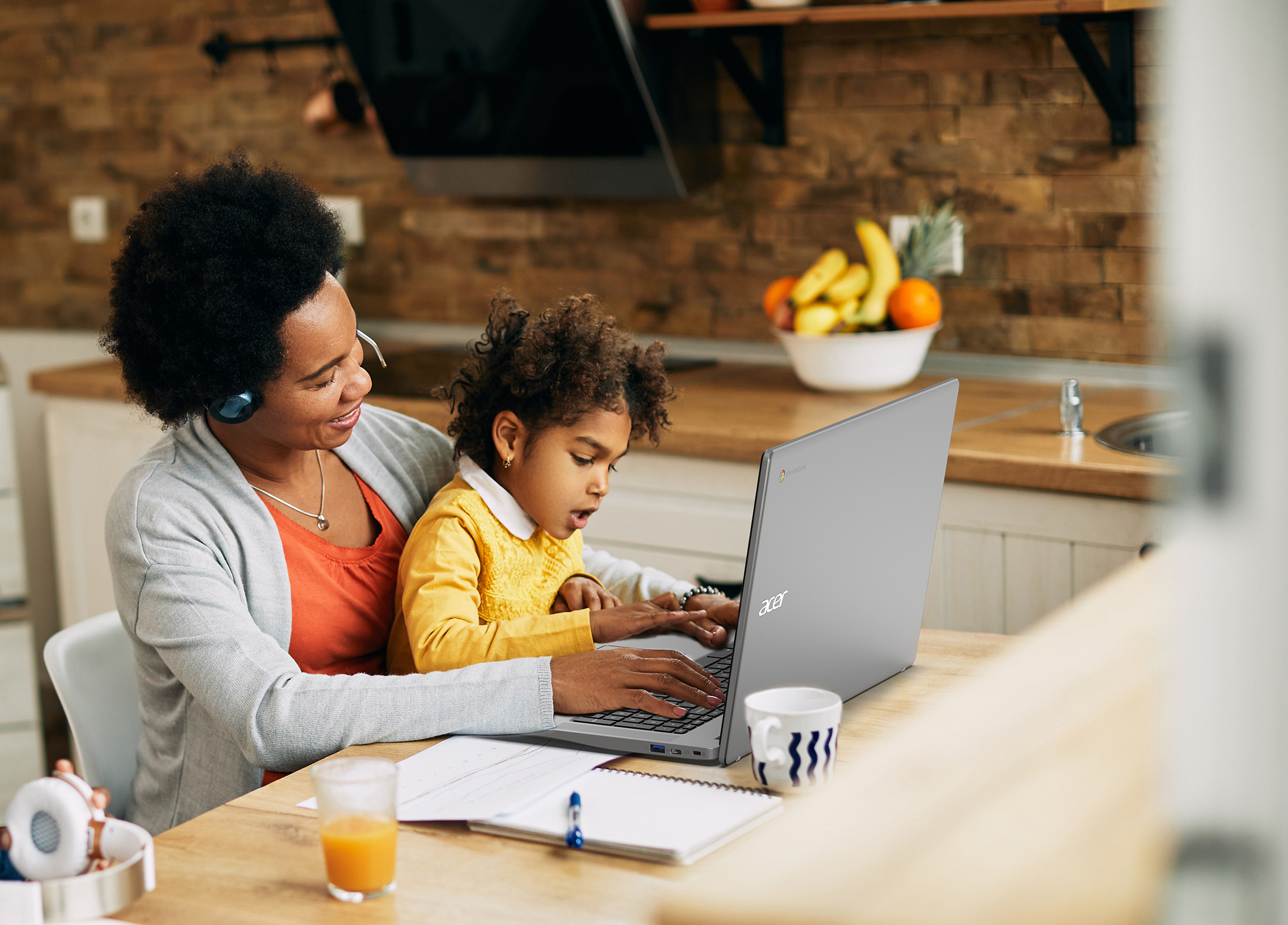 Ahead of Computex next week, Acer is announcing a slew of new laptops, including four new Chromebooks. Easily the most unusual of the batch is Acer’s Chromebook 317, which includes a massive 17.3-inch display. 17-inch laptops have popped up occasionally over the last decade and change, but they’re definitely niche devices; Acer says this is the first Chromebook with a screen that large, and I’m not able to come up with an example to contradict them.

Given the large size, Acer squeezed in a number pad on the keyboard here. Aside from the screen, though, it’s a pretty average mid-range Chromebook, with the “latest” Intel Celeron processors and about 10 hours of battery life. Acer says they made the model with multi-tasking in mind, as well as easier video chats in the work (or learn) from home world we’re still in. Of course, the Chromebook 317’s resolution tops out at 1080p, so you’re not really getting more screen real estate than you’ll find on any other decent Chromebook. That said, some people simply like big screens, and with that in mind, the Chromebook 317 is not a bad deal for the right buyer — it starts at $379.99.

More intriguing is an updated Acer Chromebook Spin 713; the company is selling it in both standard and enterprise configurations. This laptop’s 13.5-inch screen is in a 3:2 aspect ratio, with a high resolution of 2,256 x 1,504. Given that most Chromebooks (and laptops in general) come with a more cramped 16:9 aspect ratio these days, the extra vertical space is much appreciated when scrolling through long documents or web pages.

The base model includes Intel’s 11-generation Core i5 processor, 8GB of RAM, 256GB of storage. All models feature an aluminum unibody with a 360-degree hinge for using the laptop in tablet mode, and Acer rates it for 10 hours of battery. You can fast-charge it in 30 minutes to get four hours of battery life. Finally, it has a pair of USB-C Thunderbolt 4 ports along with a headphone jack, HDMI, and a USB-A port. The above-mentioned configuration costs $699.99 and is already on sale at Best Buy, but it sounds like Acer will offer it in other configurations sometime in June.

Rounding things out are the Chromebook 314 and 514, both sporting 14-inch displays. The 514 sounds like a pretty solid and more affordable option than the 713 — it still includes Intel’s 11th-generation processors but makes do with a more modest 1080p screen. Lower-spec configurations may use Intel’s Pentium Gold or Core i3 processors, but the i5 and i7 are still an option as well. The 514 will arrive in the US in October for $599.99. The 314 is a more basic option for students, with an ARM-based, octa-core MediaTek MT8183 and a low-res 1,366 x 768 screen.

Fortunately, that can be upgraded to a 1080p touchscreen. The laptop only has 64GB of storage, so it’s not something you’ll want if you deal with many local files. One benefit of the ARM processor is that Acer claims the 314 will get up to 15 hours of battery life — if true, that could make this a good computer for students to have on campus, provided that processor is powerful enough (that’s up for debate until we can give it a shot). The Chromebook 314 will be available in July and starts at $269.99, making it a potentially solid budget laptop.